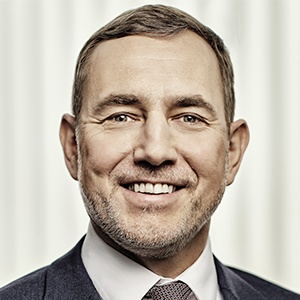 Board Member for Sales & Marketing, Skoda

Martin Jahn was born in Prague, Czech Republic, in 1970. In 1994, he received a master’s degree in Foreign Trade and International Relations from the University of Economics in Prague. In 1999, he completed an MBA programme in marketing at the DePaul University in
Chicago. From 1994 to 2004, Jahn worked for CzechInvest, the Czech government agency for foreign investment. He started there as Marketing Manager, heading the company’s US operations in Chicago from 1996 to 1999, and held the position of CEO from 2000 to 2004.
He was Deputy Prime Minister for Economic Affairs in the Czech Republic between 2004 and 2006. In 2006, he started working in industry at ŠKODA AUTO a.s. in Mladá Boleslav as Board Member for Human Resources. In 2008, Jahn was appointed Managing Director of Volkswagen Group NSC in Moscow, Russia, where he was responsible for Group Sales. He was also a member of the Supervisory Boards of VW Financial Services Russia (2009 – 2010) and ŠKODA AUTO a.s. (2009 – 2016). Jahn served as President of the Czech Automotive Industry Association (2009 – 2016) and Vice President of the Confederation of Industry of the Czech Republic (2009 – 2012).
In 2010, Jahn became Managing Director of the Volkswagen Group’s international fleet business in Wolfsburg, Germany, where he was responsible for managing global Group sales. From 2016, he worked in China as Executive Vice President for Sales & Marketing and Managing Director of the Volkswagen brand at FAW-VW. Jahn has been Board Member for Sales and Marketing at ŠKODA AUTO a.s. since March 2021.

All Sessions by Martin Jahn